The founder of the program and its teacher- Egidijus Stankevicius

In Gintis necessary systems of the military technique which basis is made by various ways and protection actions are cultivated. This technique was created being based on laws of the Lithuanian Republic that every citizen has the right to obligatory self-defence, has been acquainted practically and theoretically with how it to realise. And that each person cultivating this or other fighting system, has found possibility to secure and associates to resist aggressions, without having overstepped the limits of morals. Applying necessary self-defence, it is very important to realise legitimacy of the actions, not to cross border of legal self-defence, really to estimate the possibilities, an age, sex, developed circumstances and conflict situation conditions (for example, deviation is possible, having estimated the superiority of the opponent, instead of direct struggle to a victory) The basis of a technique of trainings is made by gradual growth from the most easy remembered actions, to more difficult which demand long-term practice and work. Basis of cultivated fighting systems in Gintis is the Ju-jitsu, fight with auxiliary stock make, application of fire-arms and gas, given out for self-defence. This technique is not sports and it means that you, participating in our employment and applying boxing or struggle elements, will not be prepared at all for competitions of these kinds of sports. Our technique it-integration of all other combat sports, i.e. necessary self-defence. In club Gintis strictly certain fighting system which can be expressed only in exclusive conditions if you have attacked is used. This technique can master not only having combat training, but also the beginner. It as much as possible approaches all. Roots of a technique of an applied direction leave in many branches of national combat sports. The basis of an applied direction is created by ability to apply all possible actions of these various branches for the sake of purpose achievement. Presently special popularity was got by sports branches contact and not contact single combats. Therefore systems of applied directions go three cores: first- army, the second-police, customs, security services and the third-combat sport. 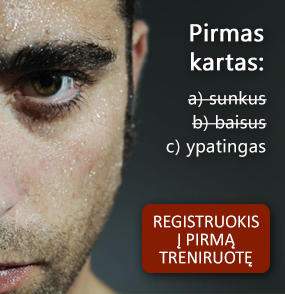